We have reached the day everyone has worked so hard towards. The Sunday’s Worship and concert programme was at Bangwe Corps Hall.

The opening song was led by massed brass bands and Field Secretary, Major Dickson Mpakula. Lt James Mukwichi prayed for a successful and fulfilled day in the praise of our Lord.

Each member of the Swiss/UK team introduced themselves.

Daniel Bates, Swiss/UK Camp Director, provided an overview of the time we have spent together enjoying fellowship through music and prayer.

The concert began with ‘Finding Peace’ our camp song which was followed by the Songsters’ upbeat arrangement of ‘God, Great God’.

Next on the programme, the beginners played the first of their two pieces, the march ‘God is Good!’.

The first solo of the day was an arrangement of ‘Don’t Doubt Him Now’, a song by Leonard Ballantine. This was played by John Major on Soprano Cornet, accompanied by Daniel Bates on piano.

The Songsters then sang ‘Ndintama Mbuye Kosalekeza’, followed by the Band delivering their first piece ‘Awesome’.

We then heard the beginners’ second piece ‘Alleluia’, after which the Songsters sang another two pieces ‘Trust in the Lord’ and ‘Timuimbile Timuimbile Inu Ambuye’.

The Band then played ‘Yellow Mountains’, followed by a Trombone solo ‘Jericho’ played by Philipp Stettler, again accompanied by Daniel.

The Songsters finished their repertoire with ‘I feel like praisin’ Him!’ which was well received by the audience.

The final Band piece was ‘Marching in the Light’ after which Christian said devotions.

The last piece of the concert was the reflective arrangement ‘A Celtic Blessing’ by Erik Silfverberg played by the Swiss/UK staff brass.

To end our fellowship together the Chief Secretary gave his ‘Word of Exaltation’, prayer and benediction.

Captain Stanley Phiri concluded the Camp with a vote of thanks and some of the ladies from the Songsters presented gifts to the Swiss/UK team.

At the end of the day we were delighted to distribute 35 brass instruments to different bands across Malawi which were donated by bands in Switzerland.

We thank God for the opportunity we have had to make new friends and to share fellowship for the good of our Lord.

The Swiss/UK team have very much enjoyed their time at the 2019 Malawi Territorial Music Camp and wish everyone a safe return journey to their homes. We will remember this peaceful and joyful time and will keep you in our prayers.

On a personal note John and I would like to say how much we have enjoyed our second trip to Africa and particularly our time in Malawi. We have met up with old friends and made new ones. Thank you to everyone for your enjoyable companionship. God bless you all. Sharon, your Blogger! 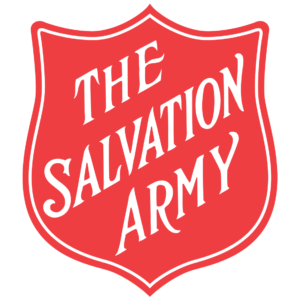